Home / About us / History

A track record of continuous innovation of treatments based on in-situ acid production, for downhole reservoir stimulation and filter cake damage removal applications. 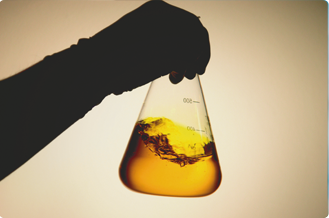 Cleansorb, the innovative reservoir chemistry company, was founded in 1994 to develop and commercialize the uniform effect of in-situ acid production treatments.

The effectiveness of the process was proven in deep matrix acidizing treatments conducted in the San Andres (dolomite) formation in West Texas.

Since 1994, Cleansorb has concentrated on developing the ORCA™ family of cleanup treatments for water-based drill-in fluid filter cakes in openhole wells, particularly in long horizontal wells.

In 1998 the innovative nature of in-situ acidizing was recognised by the award of Millennium Product status by the United Kingdom Design Council.

In 2000, Cleansorb won a grant in the highly competitive SMART competition to develop enzyme-based processes to achieve the controlled precipitation and deposition of scale inhibitors in formations at temperatures less than about 100° C (212° F).

In 2007 Cleansorb moved into its own purpose built wet lab and appointed a number of chemistry graduates to strengthen its core capabilities.

Since 2007, in response to operator requests, Cleansorb has developed ORCA™ for OBM treatments for oil-based drill-in fluid filter cakes which are effective in a wide range of completion brines.

Cleansorb continues to develop novel wellbore cleaning processes, including some based on the use of solid acid precursors. It also continues to make excellent progress in developing a new generation of sand consolidation systems.